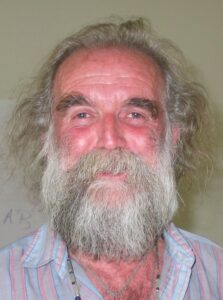 Ed Eaton has been active in the solar energy field since 1983 when he founded the Tucson Solar Potluck & Exhibition, now entering into it’s 37th year, and co-founded the solar energy advocacy group Citizens for Solar. In 1983 he started Our Sun Solar a solar oven company where he is sole proprietor today installing PV systems and building and designing solar ovens. In 1988 Ed served on the Arizona Solar Energy Association’s Board of Directors

Ed has participated and organized many educational demonstrations and events for the general public, schools, environmental groups and energy professionals. His work has led to several installations of photovoltaics in school camps, state parks, and environmental learning centers.

Ed has worked in the solar industry as a professional system designer, installer and teacher.

He worked for Solar Energy International (SEI) as one of the primary instructors from 1993 to 2003 where he instructed workshops in Solar Water Pumping, Solar Cooking, Basic and Advanced Photovoltaics. Ed is a ISP certified Master Trainer of Photovoltaics who has taught over 3000 people through SEI and his own personal workshops.

Ed takes pride in being a mentor to youth of all ages. Encouraging them to get involved with renewable energies. Ed was the director of Solar Energy International’s Renewable Energy Youth Camp for 5 years and of CampUs a renewable energy camp for teens for 4 years.

Your cart is empty
Visit The Shop